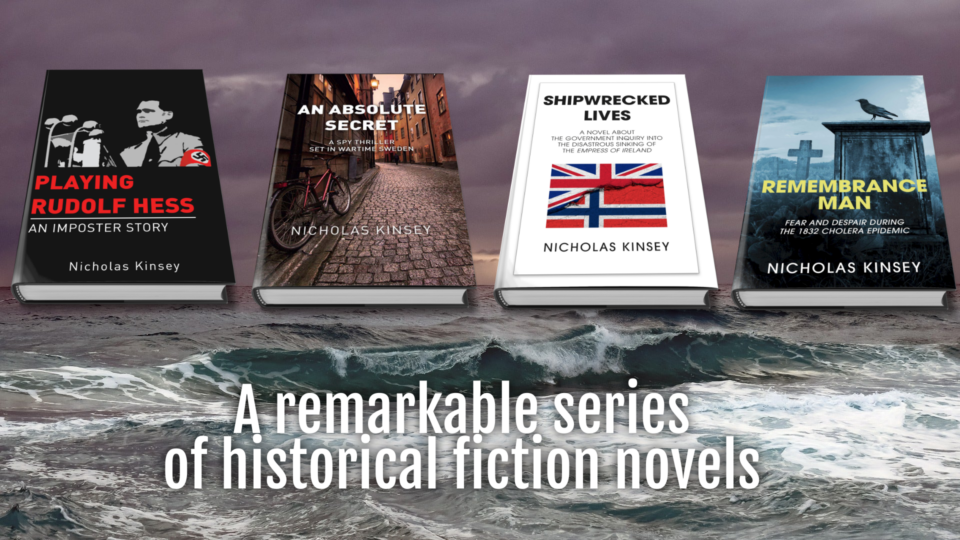 Fear and despair during the 1832 cholera epidemic

Available now in paperback or ebook from

"Remembrance Man" was reviewed by Ainsley MacLellan on the CBC Radio program "All in a Weekend" in Montreal on September 20, 2020. Check out the interview: https://www.cbc.ca/listen/live-radio/1-78-all-in-a-weekend/clip/15798963-remembrance-man-explores-societal-upheaval-1832-cholera-epidemic.

During the 1832 cholera epidemic, Paolo works for his uncle as a gravedigger in Western Ontario. At night he earns a bonus from wealthy clients as a 'remembrance man' whose job is to watch over selected graves for signs of the undead. He discovers a young woman who has been buried alive and is drawn into a terrifying story of revenge and insanity.

This is a tale of murder, greed and deceit, and the breakdown of society. Family members turn against family members, friends against friends, and soon everyone is out for themselves. Cholera victims are simply abandoned on the roads, and wagons are sent around to collect the bodies and bury them in cholera pits. During these dark days, stories spread about reopening coffins in which the dead had apparently revived after burial, only to die in a futile attempt to escape. No one wanted to bury a loved one who might still be alive, which led to the habit of keeping corpses around so that the families could be sure the person had really died.

Cholera had many nicknames, 'King Cholera' and 'the Blue Death', due to the bluish pallor of its victims. It caused more deaths than any other disease in the 19th century. It swept through the cities of Europe claiming the lives of 6,500 people in London and 13,000 in Paris. In Montreal and Quebec City, there were 150 deaths and 100 deaths respectively per day in June 1832. People were deathly afraid of cholera as it made its way west up the St. Lawrence River and fear spread faster than the disease itself.