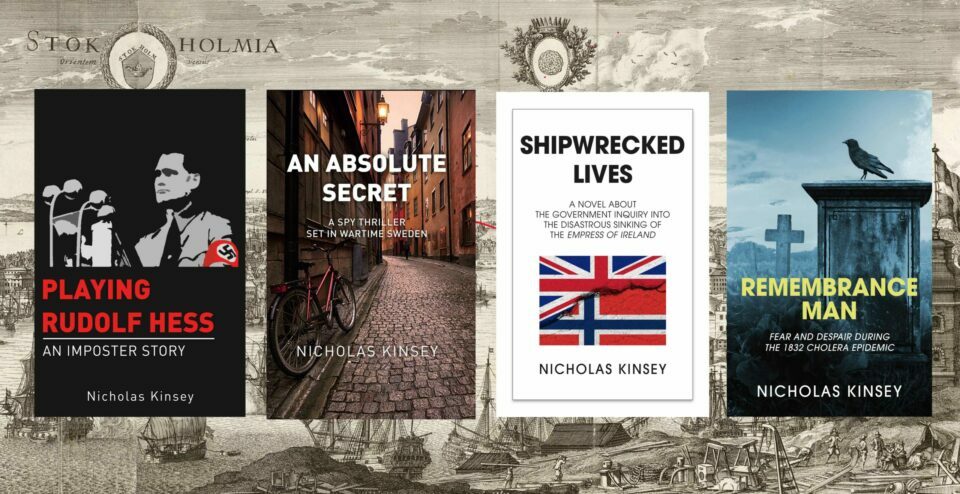 A prolific and multi-talented film director and producer, Nicholas Kinsey has been a successful screenwriter, director of photography and film editor over a long career.

Driven by a lifelong passion for historical fiction, Nicholas Kinsey has turned several of his television drama screenplays into novels. The advantage of writing a novel based on film or television drama is that the stories must be fast paced and never boring. The subject must also appeal to a wider audience. His novels are always easy to read but hard to put down. He has published four historical novels including “Playing Rudolf Hess”, “An Absolute Secret”, “Shipwrecked Lives” and "Remembrance Man".

As a screenwriter Nicholas has written some twenty feature and television drama scripts and directed the following feature films and television drama: “Short Change”, “Women Without Wings”, “Killing Ruth - the Snuff Dialogues”, “Leatha Acidents”, “Tree Line” and "Cottage in America". He produced, photographed and edited eight motion pictures and some 500 documentaries and videos. His films have been shown in numerous film festivals around the world.

Nicholas is a Canadian of English origin (dual citizenship), born in Ontario and raised in England. He lives in Quebec City, Canada and speaks French and some German which he learned as a student in Germany.